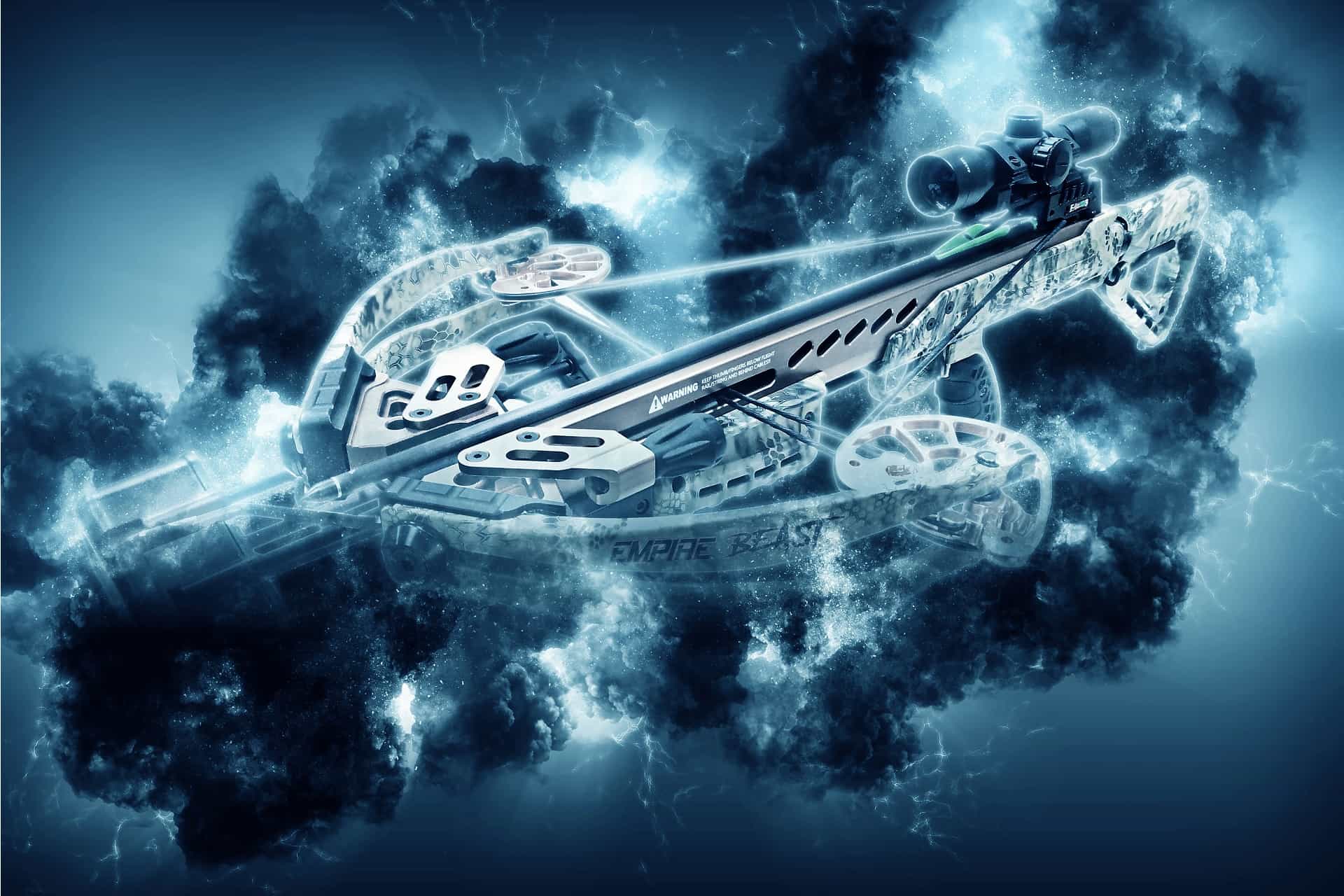 Today we’ll be reviewing the SA Sports Empire Beast 400 FPS. The latest in the Empire lineup from SA Sports! This is one of the cheaper crossbows that still shoots arrows at 400 feet per second!

SA Sports is a company that only exists for around 10 years. They’ve been founded in 2010 by Mark Ambrose. SA Sports’ goal is to design and create quality hunting gear at affordable prices.

SA Sports advertises the Empire Beast as “The supreme leader of the Empire line of SA Sports crossbows.” With a new model coming soon in the SA Sports Empire range, we had to review this crossbow before the Empire Punisher 420 gets released!

The Empire Beast is a compound crossbow with custom-designed CNC machined inverted-cams. With speeds of 400 feet per second, this makes the SA Sports Empire Beast among the fastest crossbows currently available on the market!

The SA Sports Empire Beast comes in at a total length of 35.5 inches, with an adjustable tactical AR-style buttstock and foregrip. 35.5 inches is pretty average for a crossbow with this amount of power. Only Ravin managed to create a very small and compact crossbow with the R26.

Uncocked this crossbow measures 17.76 inches wide and cocked 14.25 inches wide. This crossbow can generate a lot of power with the CNC machined inverted-cams.

Even though SA Sports built a very powerful crossbow, they managed to keep the Empire Beast very lightweight. This crossbow only weighs 6.25 pounds!

To keep this crossbow as lightweight as possible, SA Sports built the Empire Beast with an extruded and machined aluminum barrel, custom-designed CNC machined inverted-cams and a CNC machined riser.

SA Sports produces their own arrows, so they included three 20-inch carbon arrows with the Empire Beast. You can buy them on Amazon at the lowest price available.

If you prefer to use your own arrows or arrows that you’ve still got laying around, make sure they’re half-moon nocks and fit properly.

Included with the package is also a “Side Mounted Claw™ Lever Latch Quick Detach Quiver with Picatinny Mount.” This quiver holds up to 3 arrows.

It is possible to mount the quiver sideways rather than mounted on the side by removing the “side mount bracket.”

Included with the Empire beast is an Vision Illuminated 4×32 Multi Reticle Scope. SA Sports produces these crossbow scopes in-house, as with all of their crossbows and parts. This scope has a red or green reticle and has lines for 20, 30, 40 and 50-yard shots.

Once properly sighted in, the Empire Beast is very accurate and you’ll hit your targets at 50-yards with ease!

SA Sports doesn’t deliver the Empire Beast fully assembled. You’ll have to install the crossbow yourself. Total time for assembling our crossbow was around 10minutes.

We highly recommend to always store your crossbow in a case. However, SA Sports doesn’t manufacture crossbow cases right now, so there’s currently no official crossbow case for the Empire Beast.

However, you can buy a different case that fits this crossbow. Guide Gear offers a “universal crossbow case” that fits the SA Sports Empire Beast crossbow.

Included with your Empire Beast crossbow should be a rope sling to cock the crossbow with. Rope-cocking a SA Sports crossbow shouldn’t be too hard. They feature an extra help, which reduces the draw weight even more!

It should be very easy to rope-cock this crossbow with just the rope sling, if you prefer to use a cocking device for your Empire Beast, we recommend getting the official crank-cocking device from SA Sports. You can buy one on Amazon or on SA Sports’ official website.

The Empire Beast comes equipped with a trigger that has a trigger-pull of around 3.5 pounds. This trigger has all the safety features you’d need like anti-dry fire and an ambidextrous auto-engaging safety switch.

Because of the adjustable tactical AR-style buttstock and foregrip, the Empire Beast is perfect for any crossbow hunter. It has a nice feel and is perfectly balanced.

It took me 4/5 shots to fully sight-in the scope. After the initial sighting process, this crossbow is very accurate.

I managed to get <2-inch groups at around 40-yard distances. Rope-cocking this crossbow seems smoother than most other crossbows that you have to rope-cock and it is perfectly doable long-term.

If you’re looking for a cheap, accurate, and powerful crossbow then look no further; the Empire Beast is insanely accurate, shoots arrows at 400 feet per second, and still falls in the $500 or less category. SA Sports included everything you’ll need in the package, from the instruction manuals to the rail lube!