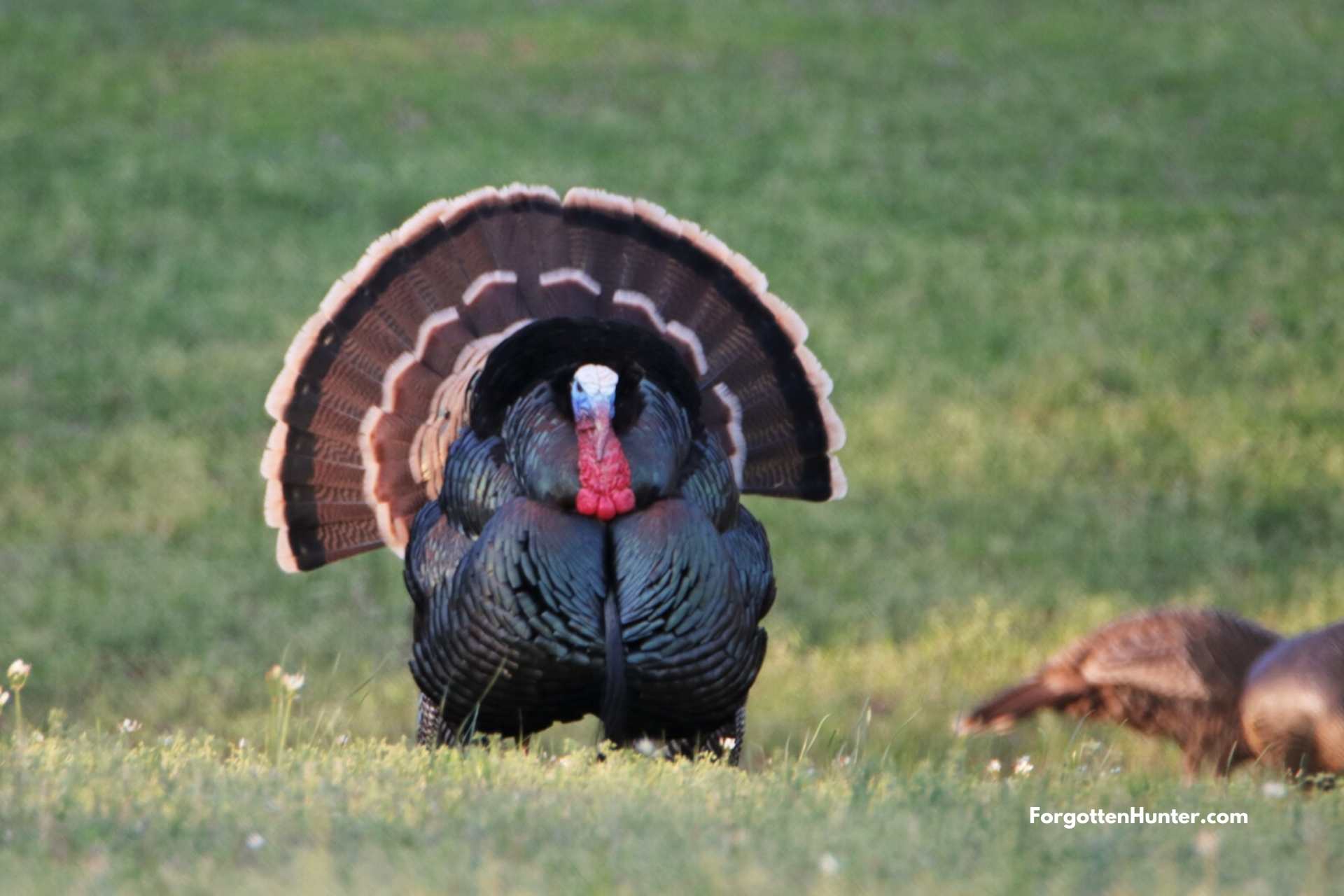 Any time is time for turkey hunting! Of course, that is anytime within the turkey hunting season. Turkey hunting can be done during rain, sleet, snow, sunshine or whatever the weatherman happens to provide. Sounds like the old mailman oath, doesn’t it?

For more information on the turkey hunting season of 2021, please check your state’s website for rules and regulations or go to https://www.fws.gov/hunting/

We’ll review a few turkey hunting techniques here that are tried and true.

Turkey Hunting When It’s Wet Out

Remember, turkeys are not unlike any other living creature; they have to eat and drink daily. Therefore, rain or shine, the hunt is on. You may need to vary your tactics a bit, but if the only day you can get out to turkey hunting and it is pouring down rain, it is still possible. It just may mean a little more effort on your part, as well as being not quite as comfortable.

During a real downpour, the turkey will hole-up under some type of cover, but if it is just a gentle rain, or intermittent, he will do most of his normal routine. Your best chance during a rainy day is at the edge of an area where they would normally feed and strut.

The noise of the rain will help protect you. This will make the turkey rely more on his sense of sight than hearing, and seems to draw them into more open areas. This allows them to see danger at a greater distance more easily, as sounds are harder to make out.

Sitting at the edge of a field in the rain may not be the most pleasant thing to do, but you’ll probably have less competition. When a tom is in strut, rain or shine, he basically has one thing on his mind. And remember, make sure to protect your callers from the direct rain, as it will make them harder, if not useless, to use. Your only options may be mouth calls or your own natural ability to produce calls.

Of all times, patience is really a virtue during the rain, but you will prevail.

As the turkey has virtually no sense of smell, the direction of the wind may not seem of much consequence. But it does have some significance when it comes to sound. I believe that, in general, it is best to be down-wind. First, it allows you to hear him better. The turkey has very sensitive hearing, so that being down-wind can help to cover-up any noises you do not want him to hear.

It also has the advantage of making the turkey feel that you are farther away than you probably are. This can help in getting him in a lot closer than you would normally as your calls will seem quite distant. But, by the same token, you will have to realize that he is a lot closer and make adjustments for that.

Other aspects to consider is that he may be coming in at an angle to the wind. This can throw off both yours and his perception of location. Any time that the wind is strong enough to be a real factor, you will have to use your good judgement to make the proper adjustments.

Depending upon the terrain, echoes may be another factor. The wind may carry your call in a direction that it ends up bouncing off a hill or cliff, misleading the turkey as to the direction of the call. This is another good example of why you should vary your calling position – for example, move the call to one side or the other when calling, or, in the case of a mouth call, turn your head to make the origin seem to change.

If you do end up being up-wind, remember that the turkey may hear you long before you hear him. It is best to adjust the strength of your call to a softer tone in this instance, trying to get him to think that you are still farther away.

No matter what, be aware that he still has his sight to rely upon and that it is excellent. If the case is of him being down-wind, and you’re not adjusting for this fact, you may find him right on top of you before you’re ready. Any false move at this time will alert him and you end up without a meal again.

Another factor to consider with respect to the wind is that of other wild life in the area. Ones like deer, fox and others do have a good sense of smell and will pick you up quickly. You may try using some type of scent-disguising product if you will be in an up-wind position, but I have found that during turkey season, these other animals are not as skittish as they are in their hunting season.

I have had deer almost trip over me and then just wander off. Of course, I made sure to remain very still and not provoke it in any way. It did know that I was there, but felt no danger as I was just quietly watching. Even calling the turkey did not seem to matter, as long as the calls seemed authentic. This may have helped to mask what I was by confusion.

Give Him A Call

During mating, the tom struts and drums in order to entice the hens to come to him. As long as he thinks this is the case, he will keep it up.

If he has heard a hen and she goes silent, he thinks that she is responding to his antics and will appear shortly. If he can see her, he keeps up the show until she is drawn in. It is the hen that allows the tom to mate with her, not the other way around.

If the tom has not seen the hen yet, and he still hears her calling, he will continue to approach her. Again, as soon as she stops, he will start his stuff in the hopes that she has decided to come to him. This goes on until he has met with success.

So, when calling a tom, you do have to keep up the calls once you know he is about. Using some purring and cackling calls will continue to pull him in, if he does not already have a harem of hens. This is generally the case later in the season as the hens are all setting eggs.

If he has a harem, chances of calling him are pretty slim, especially first thing in the morning. And getting a clean shot when his harem is with him is also more difficult. But, with another dose of that patience we take before we go out, a little later in the morning after the tom has had a chance to service the hens with him, he may well be willing to wander away to answer a call.

Be A Good Sportsman

As with all types of hunting, good sportsmanship and hunting ethics is paramount. The reason the turkeys were near extinction has a lot to do with these two factors. It does not take any skill to club a turkey out of the tree at night, or worse, sit at the base of their roost in the morning and blast them out of the tree. The same may be said for shooting them on-the-fly.

The shot you want is a clean head shot; this produces the least spoiled meat – in fact none – if your gun is properly sighted and your aim good. This is a great sport; there is no need to use any type of cowardly or slaughter-style approaches, just to be able to say that you got one. There are plenty of birds out there.

Show all your good sportsman qualities and be able to hold your head high when it comes time to recount the battle of wits you used in order to get your bearded trophy. With your good example, future generations will enjoy this sport as much as you do. Good management and sportsmanship have been able to bring back the turkey population to numbers which are now getting close to what they were at the time of the early settlers. Let’s ensure that this remains the case.

Is It Time Yet?

Sundown and sunup are two very important times during turkey season. In order to know where to start your hunt in the morning, it is a good idea to know where Ol’ Tom spent the night. This can be done by putting him to bed the night before.

Now, don’t just walk up under the tree to see if he is there. This is a good way to scare him off and lose him. Keep your distance and listen for the beating of wings as he flies up to his roost. It is also important to not leave the site too early. The first place that he flies up to may not be the final resting spot. Any number of factors may urge him to move, so you want to await until past dark before heading home and planning the morning.

The next morning, you will want to return to a spot about 100-150 yards away to await the sound of him flying down. If you try to get to close at either time, you risk the chance of scaring him off.

A factor to keep in mind is that the time of sunset and sunrise are continually changing as the season moves on. At the beginning of the season, the sun may have set at 8:15pm, but a couple weeks later, it will be 8:30pm. The same goes for sunrise. It will start getting earlier as the spring season moves on, meaning that you will have to rise earlier if you want to be on location and set up by the time Ol’ Tom awakens.

Last, But Not Least

Just a small observation that I’ve made during my years of turkey hunting and hunting several other varieties of game – I’ve yet to bring home anything while enjoying the comforts of the cabin; other than a few more good tales and maybe a hangover. Seems that turkeys are the same; they just don’t walk up to the door of the cabin, knock, and introduce themselves as your trophy.

So, like the mailman, let’s take the oath. Come wind or rain or sleet or snow, we’ll give Ol’ Tom a run and bring home dinner. And what a fine dinner it is!

If you’re planning on using a crossbow to hunt turkey this season and don’t know which crossbow to get, check out our article about the Top 10 Best New Crossbows for the 2021 Hunting Season.